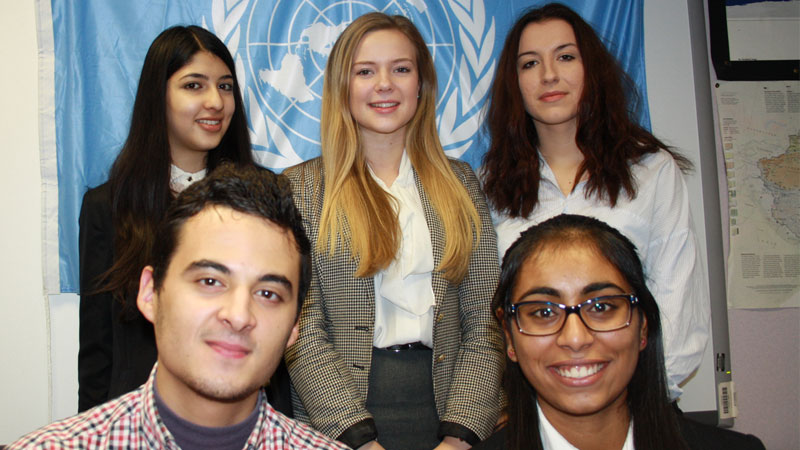 Talented debaters at Abbey College Manchester shone in the spotlight of a high-pressure UN summit recently, where students from five top Greater Manchester schools were locked in talks over the global issue of food security.

During the event, at the Unitarian Chapel on Cross Street, each team of student ‘diplomats’ debated the global issue and concept of how to feed the global billions without damaging the planet. Students were asked to represent the views of ‘their’ country, reflecting that country’s national interests rather than their own personal opinions on an issue.

The assembled delegates were locked in talks on the international epidemic of undernourished people, causes of hunger, family farming, and managing natural resources in a sustainable way.

The purpose of the popular annual debate was to develop students’ leadership, research, team-work, public-speaking and communication skills as well confidence and awareness of world issues.

The challenge for students was to get as much as possible for their particular country in the negotiations and the eventual resolution.

Eight students from Abbey College Manchester took part in the event, split in to two teams representing China and Haiti.

Abbey College Manchester’s Head of Geography and Environmental Studies, Mike Johnson, explained: “All the participants did extremely well and were all enthusiastically putting their well-thought out arguments across, and yet held their own when challenged.

“Taking part in a big event like this is a great way to engage the students in important, current, and ongoing global issues, while developing their communication and leadership skills. We are delighted that the Model UN summit has seen another successful year at Abbey College Manchester.” 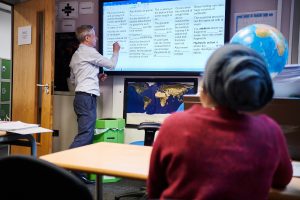 We still have places a limited number of places available on our GCSE, A Level and International Foundation Programme

for students looking to start this September.

This website uses cookies to improve your experience while you navigate through the website. Out of these cookies, the cookies that are categorized as necessary are stored on your browser as they are essential for the working of basic functionalities of the website. We also use third-party cookies that help us analyze and understand how you use this website. These cookies will be stored in your browser only with your consent. You also have the option to opt-out of these cookies. But opting out of some of these cookies may have an effect on your browsing experience.
Necessary Always Enabled
Necessary cookies are absolutely essential for the website to function properly. This category only includes cookies that ensures basic functionalities and security features of the website. These cookies do not store any personal information.
Non-necessary
Any cookies that may not be particularly necessary for the website to function and is used specifically to collect user personal data via analytics, ads, other embedded contents are termed as non-necessary cookies. It is mandatory to procure user consent prior to running these cookies on your website.
SAVE & ACCEPT